“I can’t lift heavy; I have bad genes”. who told you that?

Wait! It’s pretty obvious, you took one of those ‘genetic tests for athletic ability’, didn’t you?

You bought snake oil and you should feel bad about it. Let me explain.

Back in 2003, Medical Researchers in Australia released a study of the ACTN3 genes in elite-level sprinters that claimed.  Quote, “there is an “evolutionary ‘trade-off” between performance traits for speed and endurance activities”.

If you were, you’re too gullible to believe the findings of the study or articles based on the findings, you may have fallen prey to companies that offer genetic tests.

What they didn’t tell you is, according to an editorial that was released by the Dana-Farber Cancer Institute in Boston,

“We consider conclusions from single genetic tests to establish probabilities of complex traits both foolish and venial: venial because of the hucksters and mountebanks who promote the tests do so knowing that they are selling snake oil.”

Don’t get me wrong, I am not saying that DNA does not in any way affect your performance as a bodybuilder. What I’m saying is, if you put your mind to it, your body type doesn’t matter, you can become a bodybuilder.

How to Work With your Genes and Maximize Results

Did you know that the environment influences your athletic performance more than your genes?

It is a two-way street; the environment influences your genes and your genes do the same.

It’s called GxE, in full Genotype-environmental Interaction. Think about it, kids with a poor-quality environment, are more sensitive to poor environments as adults and lead to higher psychological results.

How much support do you get from friends, family or trainer?

Do you have the resources and or the ability to pursue bodybuilding?

These are the questions you should be asking yourself, instead of, “do I have bad genes?

What Can I do About my Natural Weaknesses?

As bodybuilders, we all have our distinct weaknesses, identifying these limitations is important, in that, it will give you something to work on. For example, some people say that Ronnie Coleman’s biggest weakness is his waist. Others say Ronnie has big calves that lack detail and separation.

Now put yourself in Ronnie’s shoes, and ask yourself this. “if you left such words get to you, would you be the winner of the Mr. Olympia title for eight years in a row?” I think not.

Does my Race or Ethnicity Play a Role in Determining my Body Building Success?

Genetic advantages and disadvantages are spread sufficiently widely within and across all races. That means that your race doesn’t matter when it comes to bodybuilding, what matters is how hard you train and how much focus you have.

But some people win competitions again and again, why? You ask.

That’s because they work hard, in fact, after winning Mr. Olympia for the eight-time. When asked what would you have done differently, Ronnie Coleman gave the perfect response.

“I would have trained harder”,

The Truth About Body Building Genetics

Here is the thing, some people respond very well to strength training, and some don’t. that’s where words like “natural boy” come from. See the thing is, some bodybuilders naturally have good physiques and gain faster than others or earlier in life.

if your body is not responding to strength training exercises, you, according to the NewYork Times are what we call a “nonresponder”.

Let’s say you’ve been lifting for months now, and you are not seeing any results, is there anything you can do?

Cry, maybe? Nope, don’t do that. Instead, begin a new exercise or lifting program, why?

If you fall into the category of nonresponders, research shows that you can improve your endurance by as much as 100% even if it ‘runs in the family’. That is according to a study published back in 2001. The study concluded

“there is strong evidence for considerable heterogeneity in the response to regular physical activity. Age, sex and ethnic origin are not major determinants of human responses to regular physical activity. Whereas the pre-training level of a phenotype has a considerable in some cases. Familial factors also contribute significantly to variability in training response.”

If you are putting in the work and not noticing any changes, you should:

don’t forget, it is important to keep your expectations down to earth.

Is being big-boned a Thing?

According to estimates, only 15% of people have a larger than average frame. Yes, that’s an advantage some people have, but our muscles can only grow up to a certain size.

The truth is, no study has ever shown that lifting weights stunts your growth, that’s just hearsay.

Remember little Hercules? Little Hercules or Richard Sandrack, started lifting when he was eight. Today he is a fully grown adult. I brought this up because there is no sign that lifting stunted his growth or affected him negatively in any way.

The point I am getting at is if you’ve come across bone size and muscle growth references or lists, you should know that these references are for fully grown adults, thus they don’t apply to you if you are young.

We explore this topic even further in our follow up article.

Common Mistakes You Need To Stop Making During Workout – Part 2

Download Your free program "Build muscle & Get Fit without Equipment" Enter your name and email address below to get instant access now! 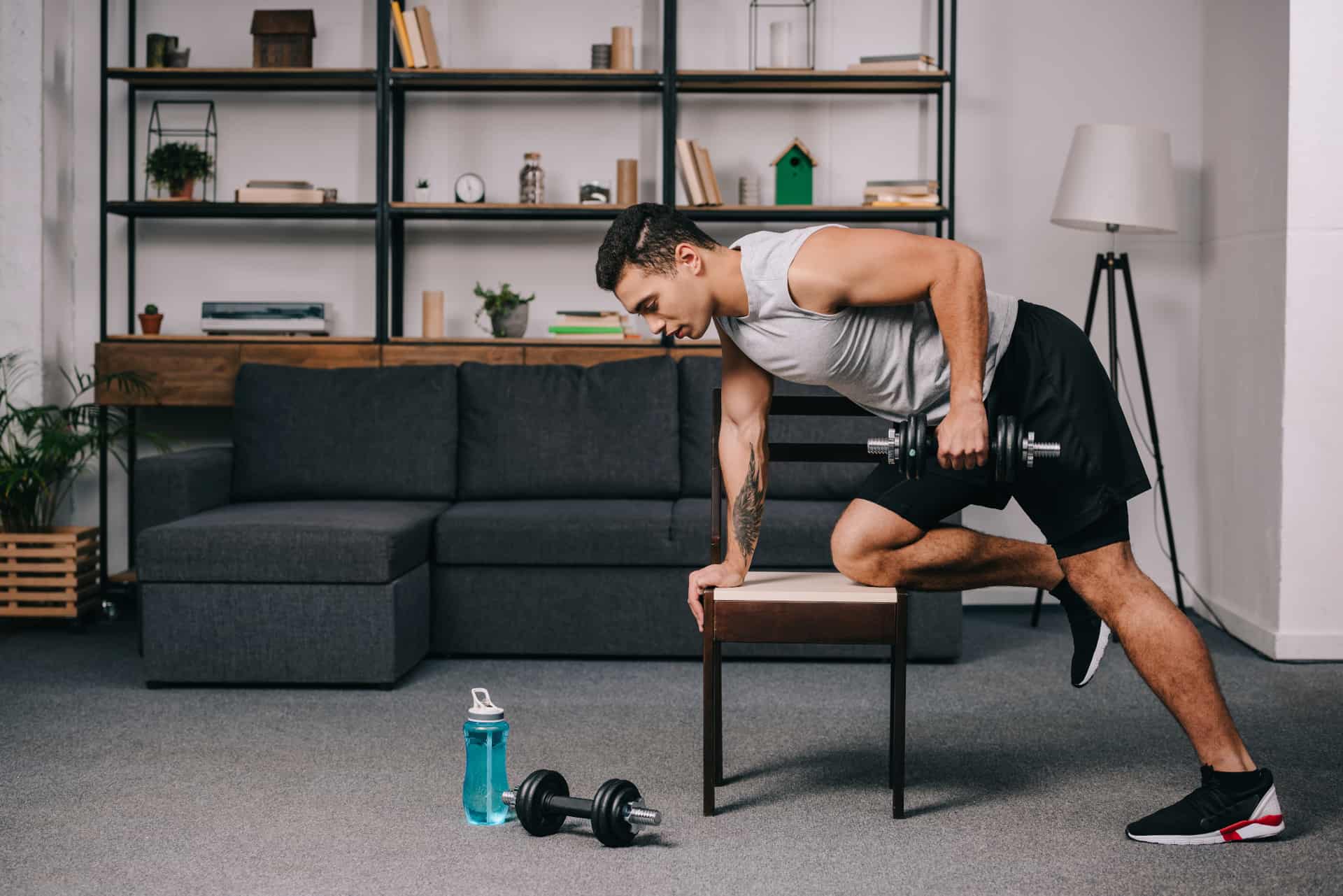 "Build muscle & Get Fit Without Equipment"